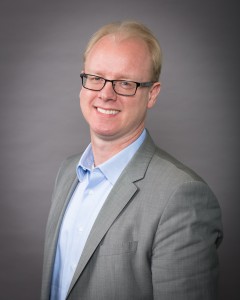 Daniel can be reached at: dmartin@rabankcard.com 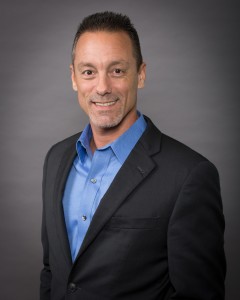 Michael RottkampEVP - Partner
Michael joined Renaissance Associates as a partner in 2003. As a second generation payments executive, he started in the 1980’s as a teenager working summers in Manhattan collecting credit card receipts from merchants. In 1993 Michael joined Credit Card Software Systems as a Technical Support Supervisor.
In 1997 he joined Bank of America Merchant Services (BAMS). As Vice President of Relationship Management, Michael developed and implemented the Relationship Management program for the eastern half of the U.S., assisted in the development of the 35 person Tele-Sales unit and 8 regional sales offices with over 120 account executives. He also performed sales and product training and was instrumental in various large-scale implementations.

Michael can be reached at: mrottkamp@rabankcard.com 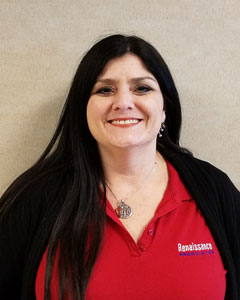 Gina SpinaDirector of Risk and Account Boarding
Gina Spina has been in the bankcard industry since January 1996. Gina started her career at Martin Howe Associates as the Manager of the Contract Administration Department. Martin Howe Associates, a wholly owned subsidiary of PMT Services, was acquired by NOVA in 1998. Gina stayed on with NOVA as the Southeast Regional Manager assisting the Regional Vice President until 2003. In 2003 Gina moved to Card Payment Services, an ISO office for NOVA, where she was the Director of Operations. Gina’s duties included boarding new accounts, supporting the sales team and managing large merchant relationships. Gina also was involved in new account boarding, underwriting, account changes, terminal programming and technical support until 2012. In 2012 Gina joined Renaissance Associates where she is the Director of Risk and Account Boarding. Her current duties include underwriting for Account Boarding and Risk Monitoring of the FD Omaha portfolio.

Gina can be reached at: gspina@rabankcard.com 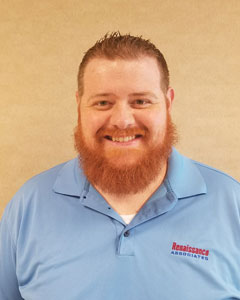 Stephen can be reached at: shogg@rabankcard.com

Carlos LopezCustomer Service Tech
Carlos Lopez was born in Puerto Rico, is fluent in Spanish and has has been in the Merchant Services Industry since 2001. With a degree in Computer and Electronics Engineering, he spent over ten years as the Lead Technician for Teertronics, a POS equipment distributor in Dallas, TX. There he led a team of 12 technicians and specialized in the diagnostics, repair and programming of all types of credit card terminals and related equipment. In 2012 he brought his knowledge and expertise to Renaissance Associates. He continues to expand his knowledge and skills by researching all of the latest state of the art technology available.

Carlos can be reached at: clopez@rabankcard.com

Keith can be reached at: kpatterson@rabankcard.com